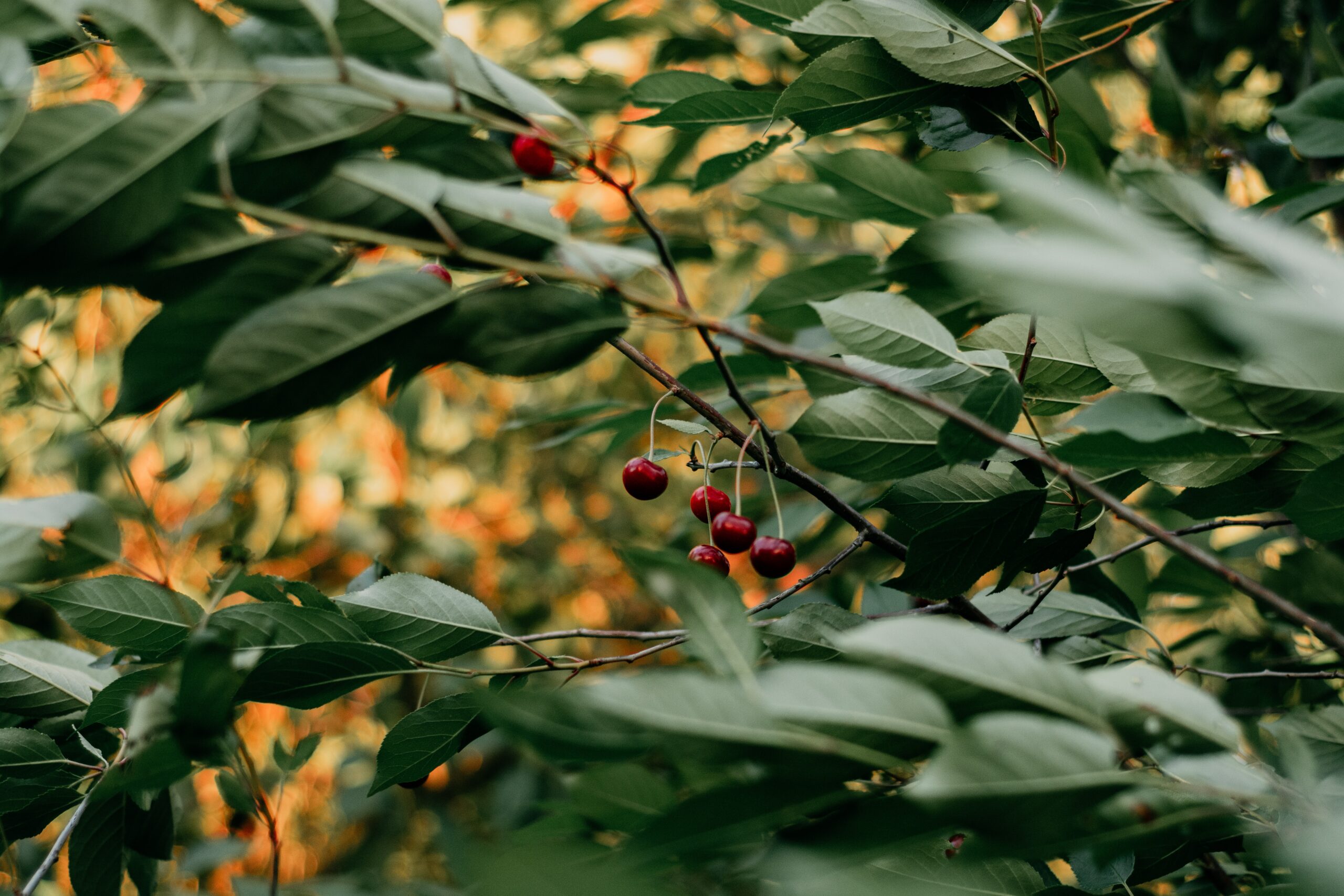 Since 1974, the first Saturday of each July has been celebrated as International Cherry Pit Spitting Day, after a pit spitting tournament was held as a joke at a picnic in Eau Claire, Michigan. Now, pit spitting events are held annually around the world, with the Canadian National Pit Spitting Championship being a feature of the Cherryfest in Blenheim, Ontario. The current world record for the greatest distance to spit a cherry stone is a whopping 93’6.5”, set by Brian “Young Gun” Krause in 2004.

Fruit in the Okanagan

Fruit has grown in the Okanagan since time immemorial, with Saskatoon berries, blueberries, strawberries, huckleberries, gooseberries, black berries, black currants, and raspberries making up part of the traditional syilx diet. Chokecherries also grow in abundance, a fact evidenced in the names Cherryville and Cherry Creek. But cherries as we now think of them—the dark, round juicy nuggets that grace the Valley during the summer months—are a cultivated species that was introduced by European settlers.

The first non-native fruit trees were planted by Catholic missionaries of the Oblate Order at their Mission of the Immaculate Conception on Okanagan Lake in 1862. The first seedlings were apples, and one of these trees actually continued to fruit until it was killed by cold weather in 1955. Cherries did not arrive until 1892, when 500 trees were planted by Lord and Lady Aberdeen at Vernon’s Coldstream Ranch.

The construction of the Grey Canal allowed water-loving plants like cherry trees to thrive in the sunny Okanagan Valley. However, it wasn’t all smooth sailing after the canal’s completion in 1914; in the 1930s, Little Cherry Disease struck cherry trees across BC, first in Nelson and then later spreading to devastate orchards across the Kootenays.

Quarantine measures were put in place in the hopes that the disease, which causes small, bitter, insipid fruit, would not make it to the Okanagan. Unfortunately, in 1969, an orchard in Penticton was found to be infected, and by 1977, 1,400 cherry trees throughout the Okanagan had to be removed. Little Cherry Disease continues to be monitored and managed by the provincial government.

Due in part to a 2014 trade agreement which allowed BC cherries to be exported to China, the fruit has become a boom crop, with new orchards popping up all the time to satisfy an insatiable local and international demand.

To explore more of Vernon’s history, check out our other blog posts!